Lucydream has released their sixth game, Mayday Memory! Published by StoryTaco.inc, the female-oriented game was officially released on 19 April 2019. Mayday Memory is available in English and Korean.

In the year of 2099, you play as Dell, a young woman who lost her memories three years ago. Now working as a private investigator in [Vigil], the office lands into a big case – to recover the memories of top-celebrity Ain. In a world where people can buy and sell memories, you join forces with your colleagues Syd and Hansol and try to solve the case. 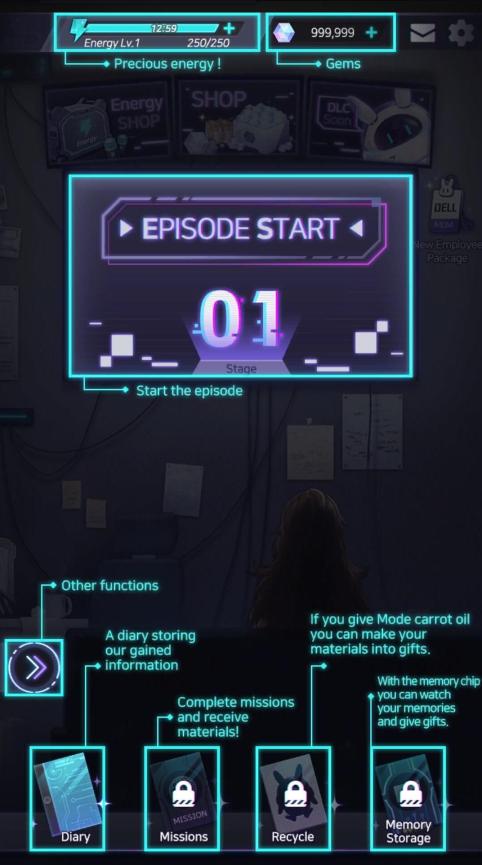 The game also includes interactive mini-games such as finding clues within a time limit and reading side stories by spending time with your favourite guy.

Mayday Memory can be download via Google Play Store or App Store.