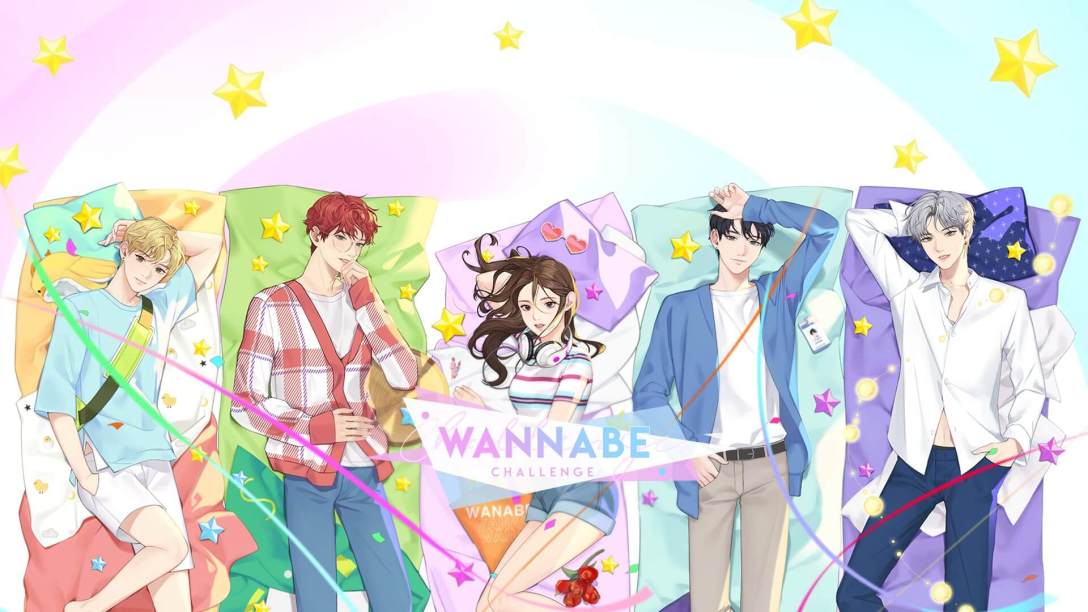 I wonder when our fates began….

As a prominent fashion model, you have one day decided to run away from home to live your life independently! However, before you could even move out, three handsome men suddenly appear in your life.

Bound by a red string of fate, experience numerous heart stopping moments and unforeseen romantic encounters as you uncover the secrets the binds you together with them.

Players of Mr Love: Queen’s Choice will find navigating this game a breeze, considering the similar mechanics deployed to progress through the game. Cards called Evermore are used on photoshoot stages as you continue on the story and Chapters. With N being the most common to SSR being the rarest, power up Evermore cards to unlock social media posts in Wannabe Challenge, the game’s social media. Comment on Wannabe Challenge to increase affinity and go on Dates with your favourite guy!

While the game utilises a similar gameplay to Mr Love: Queen’s Choice, Wannabe Challenge does have some differences compared to the latter. The game allows you to watch ads daily to obtain Diamonds, the game’s paid currency. It also includes special stages showcasing a guy’s perspective of the story in certain chapters and allows you to dress up your character in different clothes.

With beautiful illustrations and an intriguing plot, you can download Wannabe Challenge on Google Play Store and App Store.